HYPNOSIS: AN EMPIRICALLY-SUPPORTED METHOD IN THE TREATMENT OF CHRONIC PAIN

The Pain Summit report (2011) estimates the number of people living with chronic pain to be 7.8 million in the UK alone; with the time taken to diagnose it and treat it up to 2.8 years. Fifty percent of these people suffer from depression and from reduced quality of life due to a series of negative life changes. These can range from sleep deprivation or mobility reduction, to a decrease in work productivity (a GSK’s Global Pain Index Report Findings (2017) looking at the impact of pain on society over time and covering up to 32 countries worldwide, estimates the cost of pain to $245 billion USD per year based on work absenteeism alone); often accompanied by a decrease in social status.

Chronic pain is often difficult to measure and diagnose; this, to the discredit of the sufferer who, whilst being denied the right to be ‘officially’ in pain is not being offered the adjustments necessary to her/his well-being. From these long and unaddressed conditions emerge negative self-deprecating beliefs and maladaptive behaviours. It is a fact: the world population is ageing and this is a global phenomenon. And whilst one in eight people worldwide was aged 60 or over in 2015, this number is estimated to rise to one in six by 2030, or 900 million in 2015 to 1402 million by 2030. The number of older persons (60 and over) living in Europe and North America is projected to a quarter by 2030. Whilst this can be seen as an encouraging sign and most certainly denotes a general improvement in the standard and quality of life, it also appears safe to assert that chronic pain is going to be on the rise; be it musculoskeletal, neuropathic or nociceptive. As the Pain Summit report points out, ‘people are not living longer, but they are living longer with a wide range of long-term conditions’.

How is pain addressed?

Whilst theories of pain have moved from the limited Descartes model of pain (where physical damage is necessary for the pain to be considered real), to the more complex multidimensional model of the Gate Control, treatment to pain remains heavily based on a biomedical approach; this, despite inconclusive results, notably in the area of neuropathic pain. Systematic prescription of opioid painkillers when dealing with chronic pain not only increases the risk of maladaptive behaviours (i.e. by stimulating patient’s beliefs that medications are the only way of dealing with pain and that healthcare providers have to offer a cure), but it also carries a wide number of harmful and adverse effects; from nausea to overall poor functioning or decreased libido to name a few. Importantly though, drugs such as oxycodone, hydrocodone, codeine, methadone and morphine rarely eliminate the pain: patients become resilient to them (needing a sometimes harmful increase in dosage), and prone to addictions and dependencies. Also, as recognised by the NHS, whilst efficient with acute pain, ‘there is little evidence that they are helpful for long-term pain’ and the National Institute for Care and Excellence (NICE) does not endorse the use of opioid medicines in the treatment of long-term pain, noting that ‘there is little evidence that opioids are helpful for chronic pain’. However, and much, I am sure, to the delight of pharmaceutical companies, opioid prescribing more than doubled in the UK between 1998 and 2018; to the point of being labelled ‘the opioid epidemic’. In the United States, opioid dependency reached such a level that from 1999 to 2015, more than 183,000 people died from overdoses-related prescription to opioids. In Ontario in Canada, about 2000 Canadians died from prescription opioid overdoses in 2015 alone. Clearly, it would appear that something needs to change.

Hypnosis and Pain: does it work?

In the mid-nineteenth century, operations had a high number of surgical mortality (40%) and were performed without anaesthetic. A Scottish physician by the name of James Esdaile based in the British East India Company operated on Indians using hypnosis (or what was called ‘mesmerism’) to relief pain. His operations were numerous and included amputations, cataract removals, and the removal of no less than 14 scrotal tumours, to name a few. His writings indicated that his operations had a low mortality of 5%; which he attributed to the absence of pain. Following this, a few other accounts were found on the use of hypnosis for pain (or mesmeric anaesthesia) in surgical operations; notably from the surgeon John Collins Warren who removed a tumour from the neck of a patient without him ‘showing any signs of pain’. It is not however before a century later (late 1950s to early 1960s), that experimental research started on hypnosis and pain: with hypnotic analgesia (or the use of suggestions to alter the perception of pain) as the centrepiece.

In 1974, a clinical study by Hilgard, Knox and Morgan shows that hypnosis can alter both sensory pain (i.e. location and severity) and suffering (or its meaning). In 1997, Rainville, aided with brain-imaging technology, demonstrated that suggestions could address both constituents by targeting the relevant part of the brain where pain is processed: or the primary somatosensory cortex (i.e. sensory) and the anterior cingulate cortex (i.e. suffering).In 1977, a study by Stern, Brown, Ulett, & Sletten tested hypnosis, acupuncture, placebo acupuncture, morphine, aspirin, diazepam, and placebo pill against pain and shows cold-pressor pain test findings superior with hypnosis and resulting in lower pain ratings. Two further randomised studies (Lang et al. 2000, 1996) showed that when added to sedation (on patients going through a series of invasive procedures), hypnosis creates greater pain relief than with sedation used alone. Importantly too, the group with hypnosis reported fewer adverse effects (e.g. less oxygen desaturation, less bleeding from the puncture site and less vomiting), and outstandingly… requested and used less medication.

Various controlled trials have also tested the efficacy of hypnosis on chronic pain and whilst this was not the case back in the 1980s, we can now say that there is a convincing amount of empirical evidence that has appeared in the recent decade (Montgomery, DuHamel, & Redd, 2000; Stoelb, Molton, Jensen, & Patterson, 2009; Tomé-Pires & Miró, 2012).Dr Mark P. Jensen, UW Medicine’s vice chair for research in Rehabilitation Medicine and UW professor of Rehabilitation Medicine, even notes that ‘relative to standard care, hypnosis is more effective for reducing chronic daily pain’ and that it has been found to be ‘either as effective or more effective than other pain treatments’ .*It has also been shown that when participating in hypnosis sessions, patients can expect clinically meaningful and almost immediate temporary effects on pain intensity (Jensen et al., 2005; Jensen, Barber and Romano, Halnley, et al., 2009; Jensen, Barber Romano, Molton, et al., 2009). Importantly, increased control over pain is also reported. Furthermore, self-hypnosis can be taught to patients and practiced at home as a self-management tool and instead, for example, of taking a tablet. In a study conducted by Jensen et al. (2006), hypnosis patients also report a high level of treatment satisfaction, this no matter whether meaningful pain relief is experienced or not. When asked about the reason for continuing such practice, patients mention the many great side effects provoked by hypnosis. Effectively, if opioids are linked to adverse effects, hypnosis carries with it a whole range of positive and beneficial ‘side effects’ including an increase in positive affect, increased sleep quality and well-being, an increase of energy, heightened self-awareness, and lowered blood pressure. 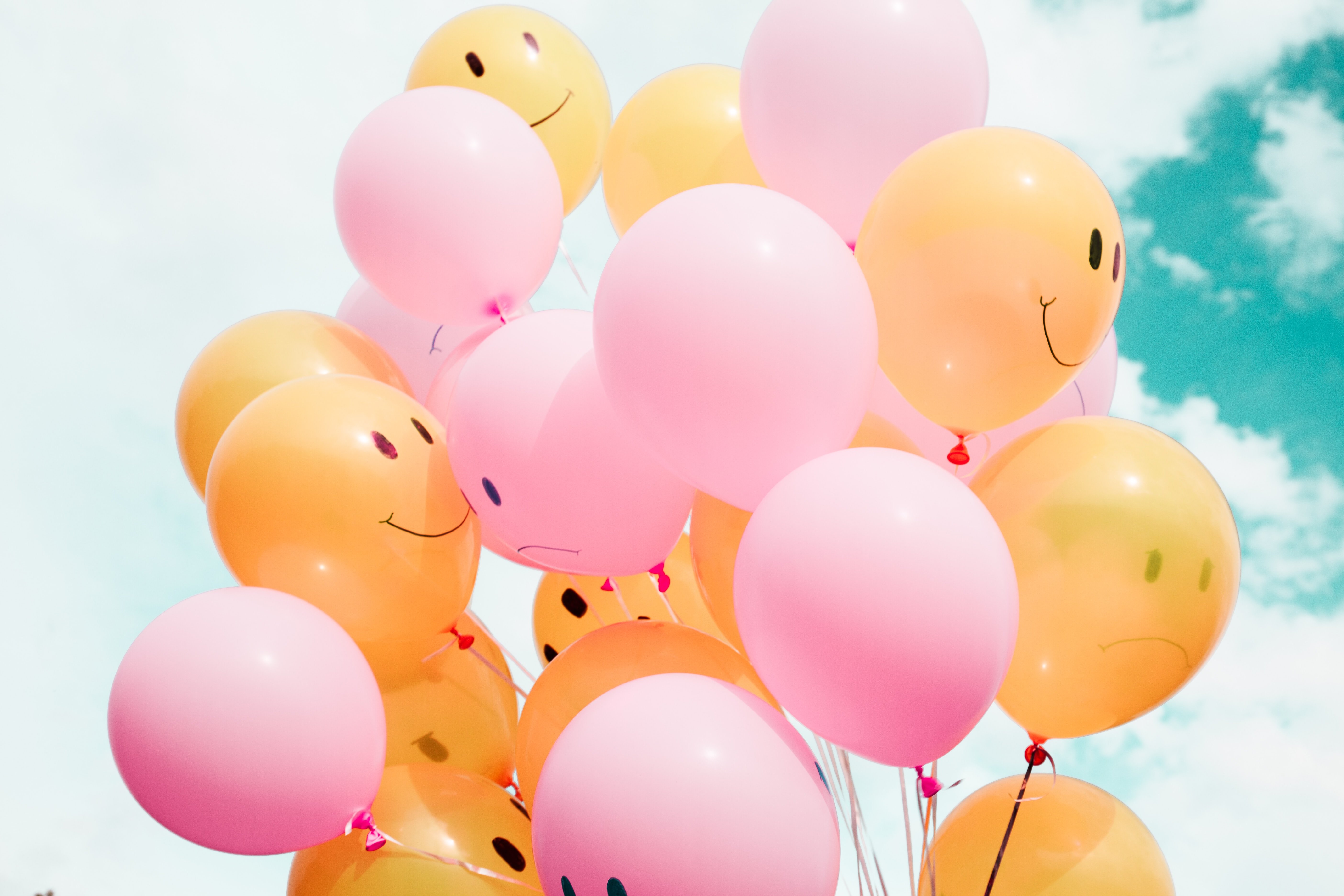 In summary, there are numerous articles and research studies showing hypnosis as a valuable and efficient treatment for pain either as an adjunct or as a primary intervention. As J.F Kihlstrom noted, ‘hypnotic analgesia is efficacious and specific (…): it is not merely a placebo; in those who are hypnotizable, it is superior to both placebo and alternative psychological treatments such as stress inoculation’. As we have seen here through our examples, hypnosis is an evidence-based treatment for pain. It has been researched a multiple amount of times, and its efficacy demonstrated in a wide number of clinical studies: from migraines to multiple sclerosis, or arthritis to back pains. But whilst it is now widely acknowledged that a new approach to pain is needed, very little is done and pain remains low on the national agenda. One of the 2011 Pain Summit Report recommendations is that pain needs to be dealt through patient’s empowerment and self-management methods. Well guess what… hypnosis and self-hypnosis do just that.

If you are interested in trying hypnotherapy for pain, please contact Sandrine Burch at Renaissance Hypnotherapy (email sandrine@renaissance-hypno.co.uk)